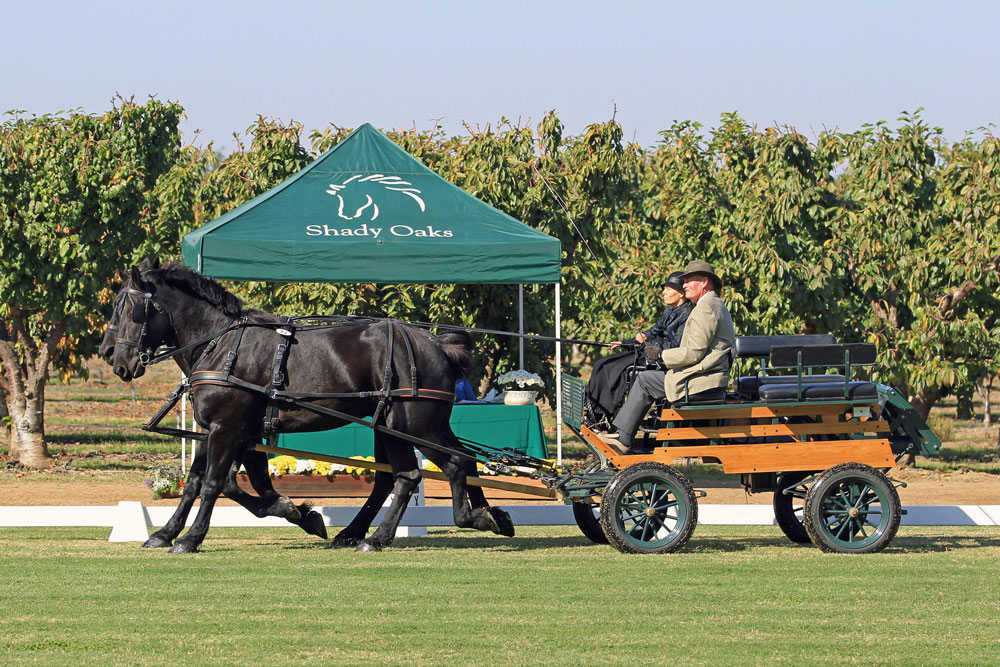 OAKLAND — A desire to explore life beyond the circular track led competitive wheelchair athlete Dwayne Scheuneman to the world of dance. It was a place the track-and-field enthusiast never thought he’d find himself. 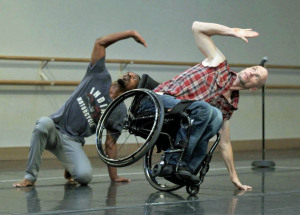 Photo: Dwayne Scheuneman, right, and James Bowen dance during a performance by the Axis Dance Company an ensemble of performers with and without disabilities in Oakland, Calif., on Saturday, Oct. 29, 2016. Scheuneman, a veteran has used physically integrated dance to help overcome his disability. (Anda Chu/Bay Area News Group)

“I had no idea about any kind of dance,” said Scheuneman, a Navy veteran and one-time mountain bike racer more accustomed to high-octane sports. “I was a typical football-watching, beer-drinking guy.”

Scheuneman’s newfound cross-training regimen soon became a passion. It eventually brought him to AXIS Dance Co., a pioneering physically integrated contemporary dance group based in Oakland, which he joined in 2014.

Today, Scheuneman, 48, is a member of the widely respected troupe known for pairing dancers with and without disabilities in dynamic commissioned works by renowned choreographers, including Bill T. Jones, Sonya Delwaide and Joe Goode.

Scheuneman also plays a key role connecting AXIS to disabled veterans through company performances and workshops at VA hospitals and other veterans organizations across the country.

In addition to reaching out to veterans, the 29-year-old company offers classes, workshops, community dance jams and teacher training, among other programs. It has received funding this year from Share the Spirit, an annual holiday campaign to benefit needy residents in the East Bay. The grant is administered by the Contra Costa Crisis Center, and donations support programs of 40 nonprofit agencies in Contra Costa and Alameda counties.

While the nonprofit’s primary commitment is to artistic excellence, it focuses much of its efforts toward advocacy and encouraging access “to promote more equity and inclusion in dance,” said AXIS artistic director Judith Smith at a recent community performance before the company headed for the last stops on its national tour.

The work with veterans includes performances of “to go again,” a gripping piece choreographed by Goode last year that weaves together dance and oral narratives of life as a wounded veteran. Workshops — like one in April with veterans from the VA Palo Alto Health Care System’s Menlo Park clinic — also include experiential movement and discussions of the performance. Attended by about 15 veterans, the hour long work shop featured snippets from “to go again” and movement exercises, including some guided by dancers for visually impaired vets.

“They enjoyed it,” said Jocelyn Reyes-Pagsolingan, a supervisor recreation therapist. “I appreciate what (AXIS) is putting in and trying to do for our veterans.”  Veterans aren’t the only ones who are benefiting.

“The most rewarding thing is when vets come up to us and say, ‘Wow, that’s my story,’” Scheuneman said. “When the veterans realize what we just did is going to be shared with hundreds of other people in the community and thousands across the country — it makes me cry when they tell me that. Big, burly war-torn veterans with tears rolling down their cheeks saying we got it so right, and we’re going to share it with other people — I don’t know what else could be better than that.”

Smith admitted the veterans community is not an easy one to enter. Scheuneman’s kinship with former service members makes it possible. “He’s an insider, whereas we’re outsiders coming in,” she said.

Unlike the veterans Scheuneman knows personally or meets through AXIS, the Desert Storm vet didn’t sustain his injury on the battlefield but rather in a pool-diving accident. But he’s been able to connect with wounded combat veterans through VA hospitals, where he receives medical care.

Joining AXIS as the veteran-themed “to go again” was coming together was a “divine thing” — or serendipitous, at the very least, Scheuneman said. “To go on this tour and go to hospitals and work with veterans and having known so many veterans and how they feel about their experience… I feel like there’s an extra weight to make sure that I put the stories out there correctly,” he said.

Artistic director Smith said AXIS wants to continue its outreach work with veterans and other groups, helping create inroads into the disabled community. “That’s something AXIS has been doing for the past 29 years, helping presenters realize they have a disabled community that would be interested in coming to the performing arts,” Smith said. “We help them learn to engage.”