He is the great-grandson of America’s visionary conservationist, John Muir. In his own right, Michael Muir has enjoyed success in a far-ranging equestrian career that has earned his horses National Grand Championships in the United States, Canada, Australia and New Zealand. His racehorses have set track and world records and established multi-million dollar sire careers. He has directed the operations of the largest commercial carriage business in the world. He has represented the United States four times in World and International Championship carriage driving competitions, winning medals and champion honors in Germany, Austria, France and Great Britain. Michael has lived with multiple sclerosis since 1967, when he was fifteen years old. In 2009, he survived a cancer diagnosis, with two surgeries and radiation treatment.  In 2001, Michael led an international team of carriage drivers with disabilities, driving wheelchair accessible carriages more than 3,000 miles from California to the White House, in an epic journey that took over nine months to complete. In 2002, they traveled across northern Europe, in France, Belgium, the Netherlands and Germany. In 2003, Michael followed the 1867 path of John Muir’s first great wilderness adventure, the Thousand Mile Walk to the Gulf. After serving as President of United States Driving for the Disabled, Michael founded Access Adventure in 2005, enriching the lives of people with disabilities and other underserved members of our community by providing outdoor recreation, open space access, education and therapy through a working partnership with horses. The organization is staffed entirely by volunteers and the services they provide to hundreds of people are free.  Access Adventure schedules more than 150 events each year, providing life-changing experiences for people with disabilities, injured veterans, at-risk youth, senior citizens and special needs children. The program is a pioneer in the field of therapeutic driving and serves as America’s premier organization using wheelchair-accessible horsedrawn carriages to enhance the lives of people in need.

We invite your inquiry to tell this extraordinary story and support the quest of an amazing man who lives to share his love of horses and the unique way he has harnessed their ability to enrich our lives. 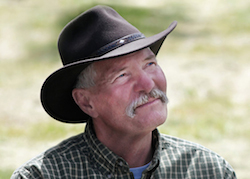