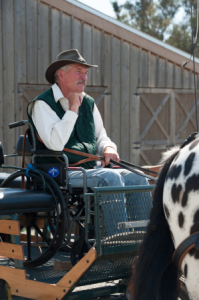 2005-present: Founder/Director ACCESS ADVENTURE, an all-volunteer program enriching the lives of people with disabilities and other under-served members of our community by providing outdoor recreation, open space access, education and therapy through a working partnership with horses. This is America’s premier therapeutic driving program serving hundreds of participants each year.